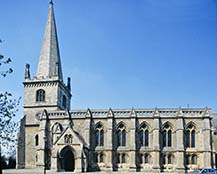 Images of some of the Notable Features in St Peter & Paul, Buckingham

A few images of this church, more information will be added in the future. 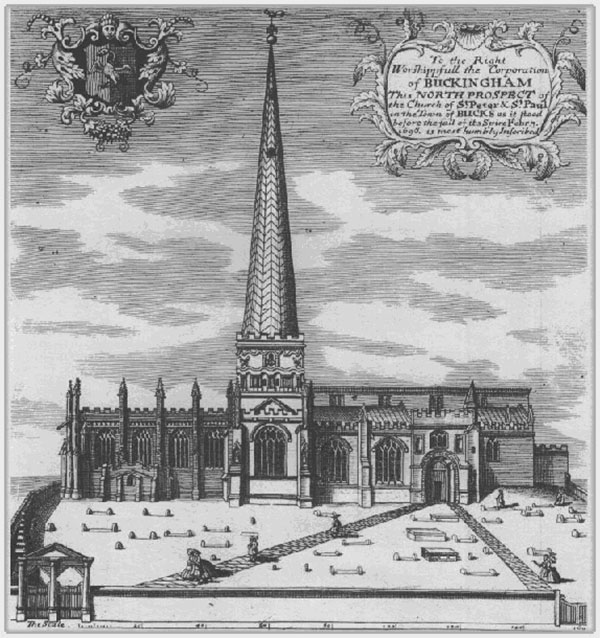 Buckingham's Mediaeval church before its spire collapsed in a storm in 1698. Despite the spire not being rebuilt, the tower then collapsed less that 80 years later, in 1776. 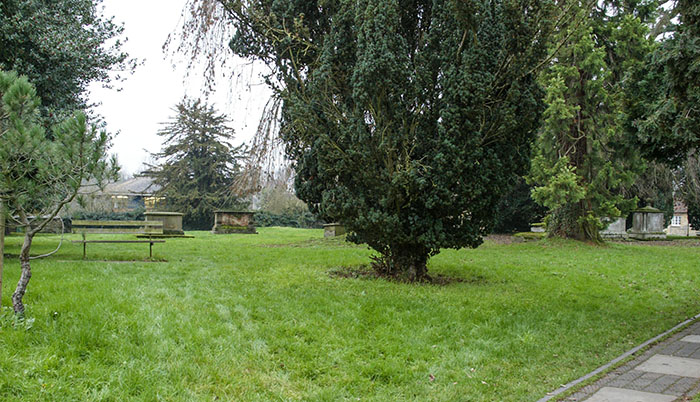 This is the site of the medieval church, which was removed after it was decided to rebuild a new church on a new site. 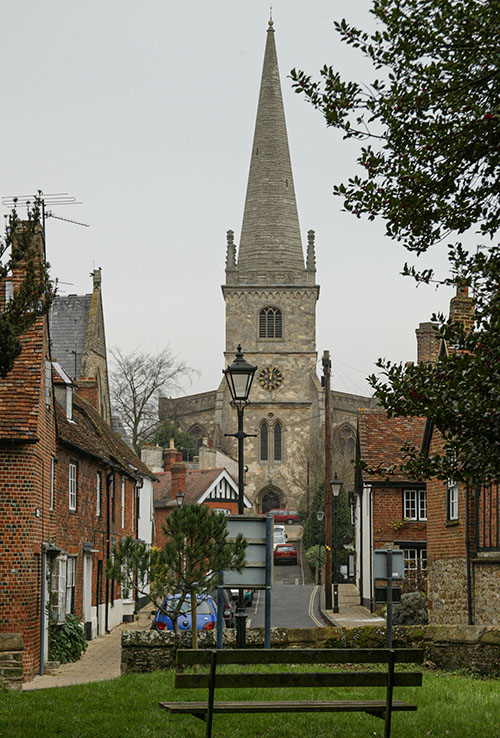 The site chosen for the new church was the old castle site, up the hill from the old churchyard. 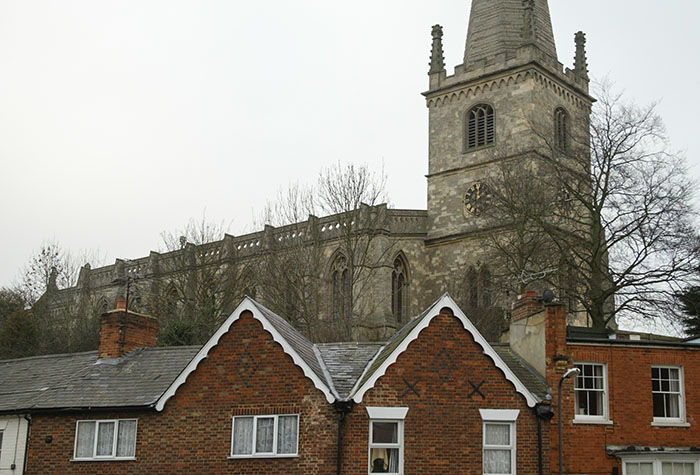 The new church has dominated the skyline of Buckingham since it was finished in 1780. 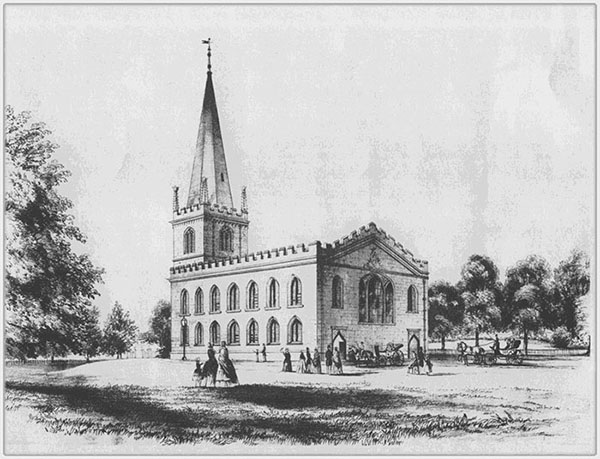 This is the exterior of the Georgian church, whose architect was probably Francis Hiorne. Notice that it has no Chancel. 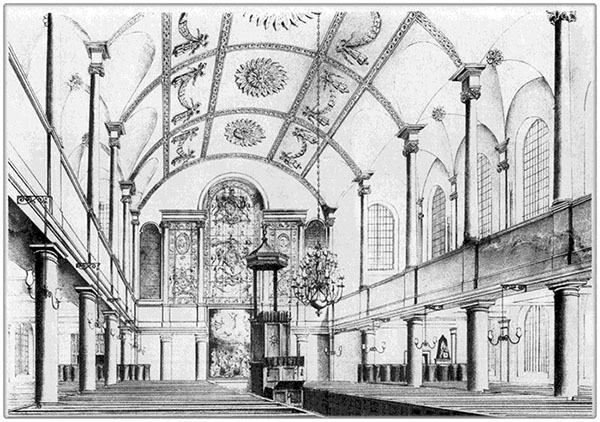 The interior is very characteristic of the Georgian era, with its three decker Pulpit, box pews, galleries down each side, and a barrel vaulted ceiling elaborately decorated in plaster. 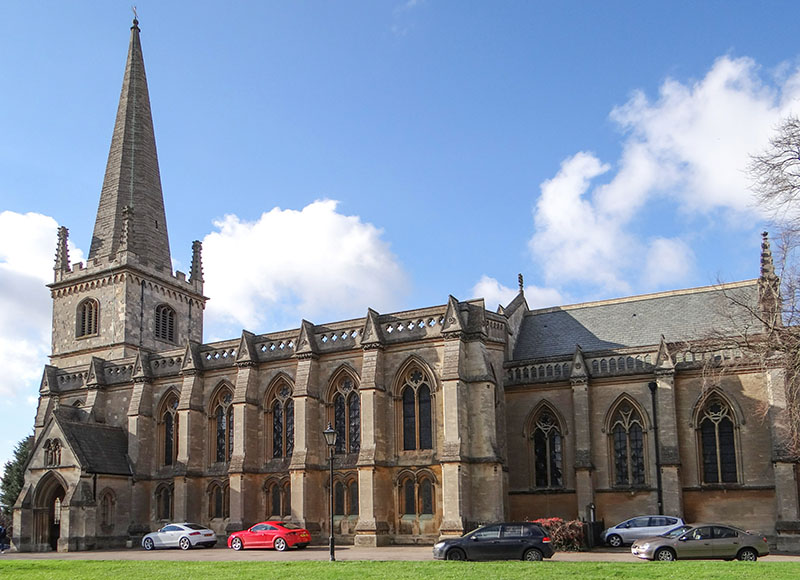 The church we see today looks very different. After 80 years there were cracks in the walls which were also leaning outwards, and problems with the ceiling. George Gilbert Scott was called in, but it was not until 1865 that work could begin on building large buttresses to support the walls. A Chancel and S Porch were also added to the church, and all was now done in the Gothic style. 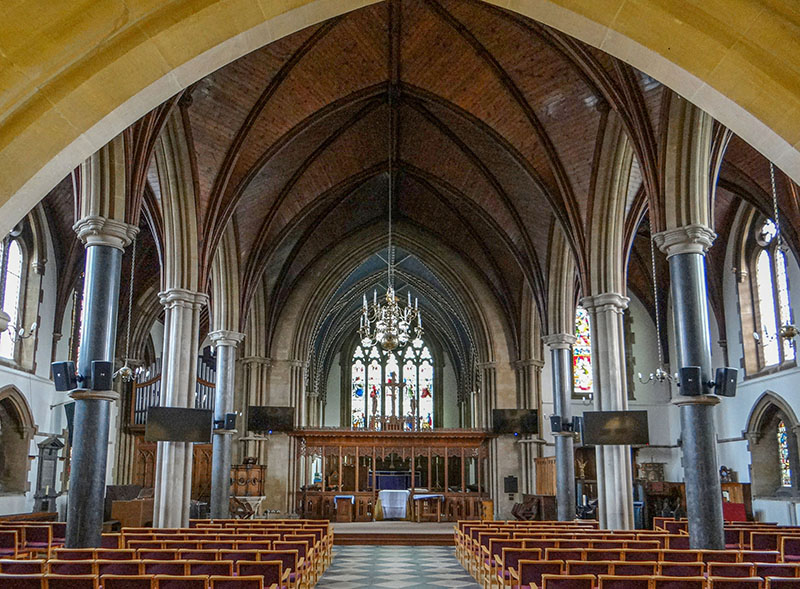 The Gothic Revival is very evident inside, with new columns for the arcades, which unusually alternate between limestone and black marble. They support the original roof structure above and a wooden vaulted ceiling below. That in the Chancel was painted blue in 1967. 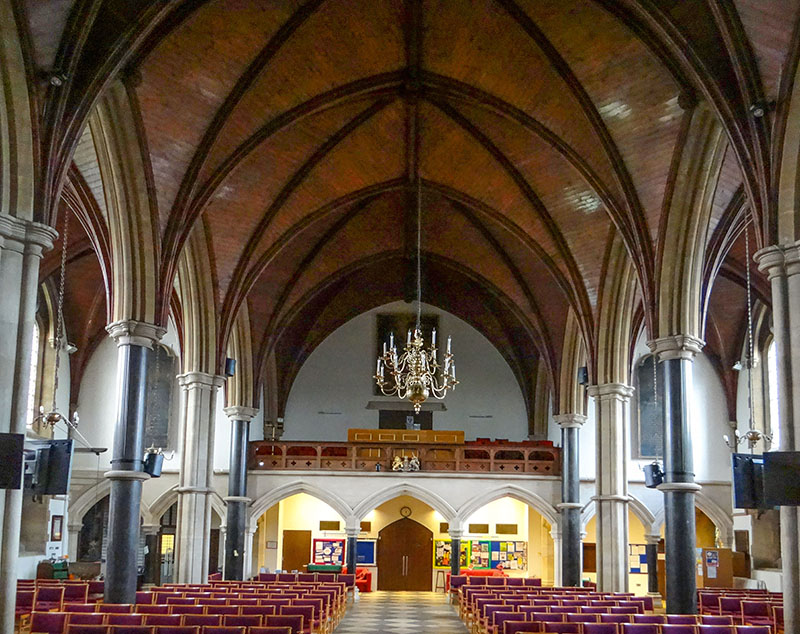 This view is looking to the West, a view which changed in 2001, when the Gallery was moved forward by one bay, to accommodate other rooms at the West end. 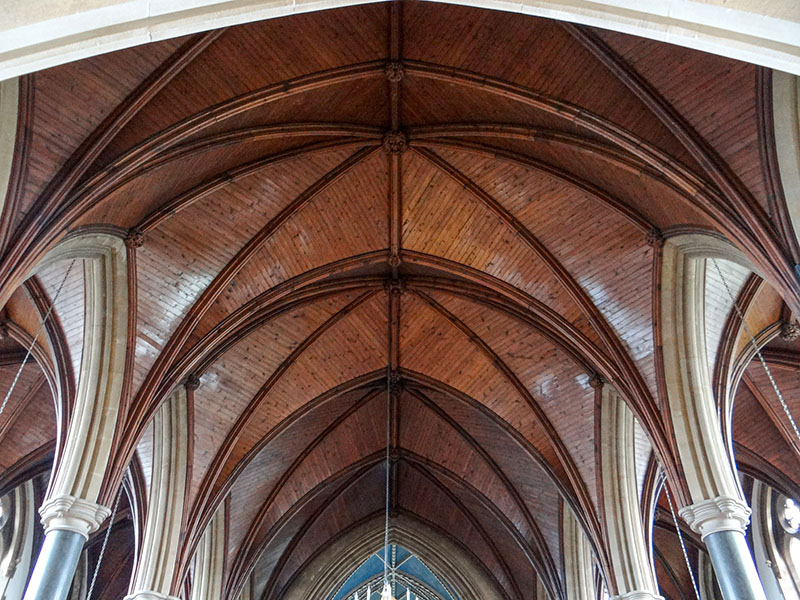 This is a closer look at Scott's very elegant Vaulted Nave Ceiling in redwood. It has foliage bosses, and ribs that rest on the capitals of the stone columns. Right at the end is a glimpse of the similar vaulted ceiling in the Chancel, which was painted blue in 1967.